How business could benefit from Automated Anomaly Detection System

An outlier in data is called an anomaly. It can be a simple spike in data, a collection of multiple spikes, or even an absence of a spike from a pattern. Anomalies are symptoms of expensive business problems ranging from faulty machineries to high level frauds. In this post we will discuss the definition, approach, classification and evaluation of Anomaly Detection.

To give you some perspective how important Anomaly Detection can be, the US Government Accountability Office last year estimated that $141 billion in ‘improper payments’ occurred in 2017, through several federal benefit programs. Fraud, waste, and abuse are generally all classified as improper payments. Furthermore, there is a steady increasing trend of this number from $38 Billion in 2005 to $141 Billion in 2017.

A statistical system to identify any unusual “improper payment” incidents would allow for their further review prior to payment. These anomalies would raise suspicions and ultimately lead to fewer “improper payments.” As you can imagine, there are many similar opportunities in the private sector.

What is Anomaly Detection? Identifying rare events or data points which are significantly different from the majority is called Anomaly Detection. Advanced methods identify regular patterns in data and alert the system when an unanticipated pattern is detected.

Your phone identifying an incoming call as a spam and the text you receive while somebody else steals your credit card are both real-world examples of anomaly detection mechanisms from our everyday life. These algorithms have been in use extensively with several industries like banking & finance, insurance, intrusion detection in computer networking, military and satellite systems etc. The IoT space is another emerging area where Anomaly Detection is being widely adopted.

In today’s world, data is the core asset for most businesses. Traditional diagnostic systems are equipped with dashboards, alerts and KPIs. The limitation here is that the data sets are so large that the amount of human effort to identify and classify the anomalies would be prohibitive. It is not practical for humans to address these issues at scale for mission critical applications. A potential miss in detecting an anomaly could cost money or, more critically, in some situations, lives. So, this demands an automated system.

For example, a price glitch or a broken machinery could cause direct money leakage for a modern volume-based business. Credit card fraud, if not caught in a timely can cause significant financial loss to the parties involved.

Anomalies are generally classified as:

Point Anomaly: A data point is considered an outlier with respect to the rest of the data. E.g.: A very large amount credit card transaction

Contextual Anomaly: A combination of multiple transactions will be taken into account for finding a sense out of it. It can be based on geographic region or time. E.g.: A gas purchase transaction in New York and a Starbucks transaction in Texas, both within an hour.

Collective Anomalies: A collection of data that stands out from the rest of the larger population of data. E.g.: Multiple transactions in the middle of the night which are found to be unusual.

Role of Trend, Seasonality and Noise in Anomaly Analysis

Trends, seasonality, noise, and other patterns need to be handled carefully while detecting anomalies. If not properly addressed, these factors can skew the results from any method of anomaly detection. Trends and seasonality can be identified by several methods like Decomposition Analysis, Periodogram Analysis etc. Noise can be tricky, however, as there is no general rule for a noise threshold. The treatment of noise will vary mostly based on the scenario being handled and the affordability of false positives and false negatives into the result.

This is the least addressed problem for most of the Anomaly Detection implementations. If an item is identified as anomaly, it could possibly stem from several reasons. A large corporation will have separate departments handling each of these reasons, so getting everything into single bucket will create a bottle neck in handling them. Therefore, bucketing anomalies granularly is important to enable corresponding people work on addressing the issues.

There are several ways for do this. It could be a prediction problem or a rule-based bucketing to classify. Another way of doing this is to crowd source the training of an algorithm. This will make the system more reasonable over time. These types of features make a prescriptive solution and help solve multiple related problems.

The tradeoff between false positives and false negative is the key for tuning any anomaly detection system. This will mostly depend on the business context and use case.

When labeled data are available, Precision-Recall curves can be used to evaluate the performance of unsupervised anomaly detection algorithms. There is another approach called comparative evaluation, where multiple algorithms are ranked and evaluated using single receiver operator characteristic(ROC). 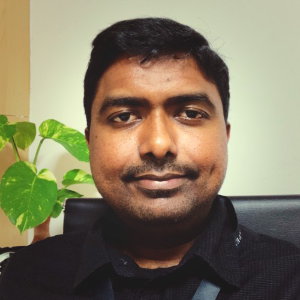 Bineesh heads of Expeed Software’s India operations and has been with Expeed since 2015. His areas of expertise include database programming and modeling , Data architecture, BI and data warehousing, SQL Server BI tools, data science and machine learning ( SSAS, Azure ML, Python & R). He is a Microsoft Certified IT Professional and has completed a Coursera program on Data Science by Johns Hopkins University.